Innovation of things and situations

Innovation of things and situations

Do you know how the school would be in 2050?An answer could be: full of gadgets.But wich are the avantages and disavantages?

Our children would learn faster helped by the new technology, but probably they won't use anymore hand writing! The tablets will take the place of notebook , that means they don't have to carry a schoolbag, which nowdays is very heavy with a lot of books and notebooks.

The teachers will use an e-catalog and parents could find the informations about their children.

What about the teachers? Maybe we can use robot instead of them?

At home they won't have time for playing autside, just staying indoors and playing computer game.

Will they succed in taking an exam?

One of the biggest disavantage would be when they finish school, if they could.For the factories industry well be very difficult to find workers, and they will be also replaced by robots.

OPur children will live in their world, being dominated by gadgets and they won't be able to do activites as they parent or grand parents had done before!

Using the bluetooth tecnology FOR those stuffs from the house that

I imagine a city with airplane traks on the roofs of the blocks, so that people's lives are as simple and effective .You can move very fast from one neighbourhood to another with the help of an urban plane. So the city could be more careful and even greedy . I see a city without cars and the only means of transport would be the plane.

Heat for the winter

In the future I see everything digitised. Nowadays many trees are being cut to assure the heating of houses,but in the future there might be walls made from optic fibers, which in my opinion,assure the heat. The exterior of the walls and the roof could be made of solar panels which capture the light and the heat during the summer and we can control it during the winter .

The computer games are a way of life

In te future the Earth will be very populated.We must consider underwater houses.Every complex should have 300 floors.This buildings might be able filtre salt water into drink water.The complexes should be made from plastic colected from the waste of the sea.The complexes look like jellyfishes.Inside each complex there be hundred of trees so that the people can enjoy fresh air.In the complex would be schools,micro farms,shops and the people would have a job.

-It's waited over the years to have just electrics cars . - The inovations are loading to road safety. - In future, it will be good to exist talking cars which warns the drivers to illegal crosswalling and other trafic situations. -The talking cars will have a different kind of born than the actual cars. -These cars should inform the driver about a small wrong function. The cars will be more resistent, in case of an accident , there will be no more victima.

THE NATURE OF THE FUTURE

All the people are thinking about the future,and how it will be in 50 years.The word would be totally changed. The electric stuffs will be more modern and we could also have robots as friends.These robots could help you making dinner,or they could help you if you are ill.They will also take you to the doctor or they will drive the car for you. Probably also the animals and the plants will be modified.The robot dog will talk to you,or there will be plants which grow up without water,or light... Or trees that will grow helped by the energy.

How will be (see) a computer in the future?

I think,a computer in the future will see simple but very intelligent.I think this computer will have suffer a lot of exchanges and new upgrades too.It will not to be to necesary a mousse maybe a kind of keyboard because of some speciall sensors will have properly functions to higt quality.It will be possible to use only voice commands different geastures properly will your necesary function.I realise,this future's computer will be very modern aesthetic;the screen will be high quality maybe to busy all the surface of P.C.But the special functions of thes screen wile design the project different holograms 3D.The inteligent computer will have more new functions than it has now__ more simple to apply and,it will replace the man's work,too.The future's computer will beacome areal manager and the intelligent director in evry company replace of the worker man!

The robot from my house

For me new inovatinos technology could be something like a robot who could take care of children and to do the housework. This robot helps you saving time and money. You could recharge him during the night , and during the day he could be able to do anything you want.

A stand for writing tools

A possible stand for writing tools can be made of plastic or dough, because we can work it easily and you can also take it wherever you want. The space for the colours or pencils should be generous but also not too big. This stand can have different shapes: a lizard, a bed or whatever you want.

In few years I imaginie a pen which instead of a mine has a battery that is charging writh heat.For exemple,you are at school and you have this pen that helps you writing by holding it between your warm fingers which are perwanently charging.

I think that in the future the tires won't be filled anymore with air but will completely contain caoutchouc that adapts to the weather conditions . Heir advantages are that : they will contain a chip through which you'll know its lifetime , if the tire was used anymore and if it has to be changed. Given the fact that it is completely built from caoutchouc will never do a flat tire.

Androids in the service of the people

Life would be longer,more beautiful,or more fun for some people it they had an android.The Androids are robots af human form.Performing androids can have feeling,feel plain,and think like a normal man. If they were to clothe nursing clothes,they could help sicks pations or have fun with children wich different disabilities.Children and elderly depressed can easily make a friend to support them hard.That's why the world it would be better if androids were treated like humans and used for the good of manking

On April 27th, 2018, April in the second week activities, 7th and 8th grade students from Dumbraveni, Romania debated the issue of sustainable development and sustainability through brainstorming and collage. Within these activities, the following several themes were debated.

A box can do wanders?  Even if we talk about sustainable development.So,we imagine a box that transports energy by means of panels mounted on the sides of a box made of a glass and supplying electricity to schools in Africa.

Waiting for the winter holidays 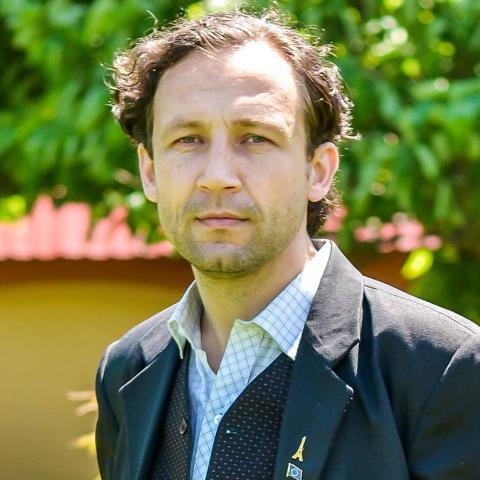 “Romeo Bolohan is one of those people who, from passion, can literally change the world. From workshops and courses to develop children’s skills and to lead them towards performance, till legislative initiations, Romeo Bolohan has reached incredible results in all the initiated activities. His efforts for supporting disadvantaged children are an example of innovation and change in educational domain. I invite you to read more about him …” “Bolohan Romeo is a permanent professor of Technological education at Technological High school “Mihai Eminescu” Dumbr_veni, Suceava County, Romania, with a 15 years history in teaching and a voluntary activity with and for children about 10 years old. From birth till 26 years he lived in the institutions of child’s protection from Suceava County (https://romeobolohan.com/footage-childhood-un-filmulet-din-copilarie/ ), and the hard experience that he lived, training courses and volunteer activities brought him many achievements in his professional life. 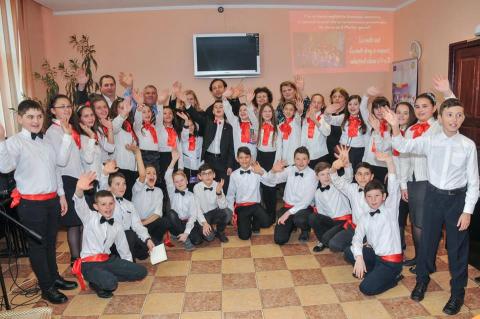